We currently only offer Telehealth appointments. 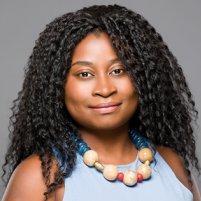 While the term “psychotic” is often thrown around as an insult, psychotic disorders are actually clinical mental health diagnoses that indicate a break with reality. Jemima Mensah, PMHNP, at Reform Psychiatry LLC in Smyrna, TN, La Vergne TN, & Murfreesboro TN, provides expert diagnosis and treatment for psychotic disorders like schizophrenia. With professional psychiatric treatment, you can lead a healthy and fulfilling life with a psychotic disorder. Call or schedule an appointment online today.

What are psychotic disorders?

Psychotic disorders are mental health conditions that trigger a break with reality. Schizophrenia is the most well-known psychotic disorder, a condition in which hallucinations and delusions interfere with your ability to interact with others and function normally.

Despite affecting 3.2 million Americans, schizophrenia and other psychotic disorders are widely misunderstood by the general public. For example, people with a psychotic disorder aren’t necessarily violent. In fact, they’re more likely to be the victim of a crime than to commit one.

What are the symptoms of psychotic disorders?

The two most common symptoms of psychosis include hallucinations and delusions. Hallucinations involve seeing, hearing, or even feeling something that isn’t there. For example, you may hear voices or see images or auras that don’t exist.

Delusions are strongly held, but untrue, beliefs. For example, you may believe that you’re being followed or that someone is out to get you.

It’s important to note that hallucinations and delusions aren’t always negative. You may hear positive messages or have a positive delusion about yourself or others.

Other signs of psychotic disorders include:

If you’re concerned about your own mental health or have observed these symptoms in someone you care about, call Reform Psychiatry LLC to schedule an assessment.

How are psychotic disorders treated?

At Reform Psychiatry LLC, Jemima offers highly personalized treatment for schizophrenia. She prescribes medication to regulate your brain chemistry, which relieves many of your symptoms.

However, in addition to medication, you should participate in counseling. During your counseling sessions, you learn strategies and techniques to manage your illness, including your symptoms and behaviors. For example, you’ll practice organizational techniques or participate in a group that allows you to develop your social skills.

It’s also common for patients with schizophrenia to suffer from additional mental health issues, such as addiction or depression. Jemima helps you address all of your mental health needs and support you to lead a healthy, fulfilling, and independent life.